Theraphosa blondi (goliath birdeater), female, captive bred, native to French Guiana and Suriname. One of the the largest tarantulas in the world. Flicks urticating hairs when disturbed. Recommended for experienced hobbyists.

Theraphosa were described in the following order: Theraphosa blondi (1804), Theraphosa apophysis (1991), and Theraphosa stirmi (2010). Interestingly, by 2010 T. stirmi had been present in the hobby for over a decade, collected in Guyana and sold under the name Theraphosa blondi. In 2008 these Guyana specimens were examined more closely, leading to the 2010 description of T. stirmi. Yet even today at least one major wholesaler sells field-collected T. stirmi as T. leblondi (‘leblondi’ is obsolete) and T. apophysis (author’s identification in each case).

According to Rudolf and Weinmann [1], Theraphosa are found below 1000 m (3300 ft), with T. blondi coming from French-Guiana/Suriname, T. apophysis from Venezuela, and T. stirmi from southeast Guyana. T. blondi was originally collected near Cayenne [2]: 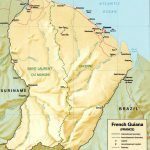 The extent of overlap in distribution, if any, of these three species is not yet known. Care requirements might ultimately be subtly different, but most treat them similarly. Theraphosa spp. keepers tend to agree they do best in a humid environment. There is less agreement about temperature however. Many resources recommend temperatures in the neighborhood of 80F. On the other hand, consistent breeders of T. blondi produce at lower temperatures. Dennis Van Vlierberghe of Theraphosidae.be recommend 16-22C (64-72F) depending on paring status (pre- versus post-). The reasoning is that cooler temperatures exist on shaded forest floors and even cooler temperatures in burrows. The success of other breeders using a cooler window for T. blondi supports this temperature window [3].

In captivity, temperature parameters for maintenance are often less stringent than for breeding, but probably best not to stray too far for optimal health. Spiderlings and juveniles here are kept at 72-76F.

The first photo above shows the specimen for sale. The second photo shows a the species in situ.